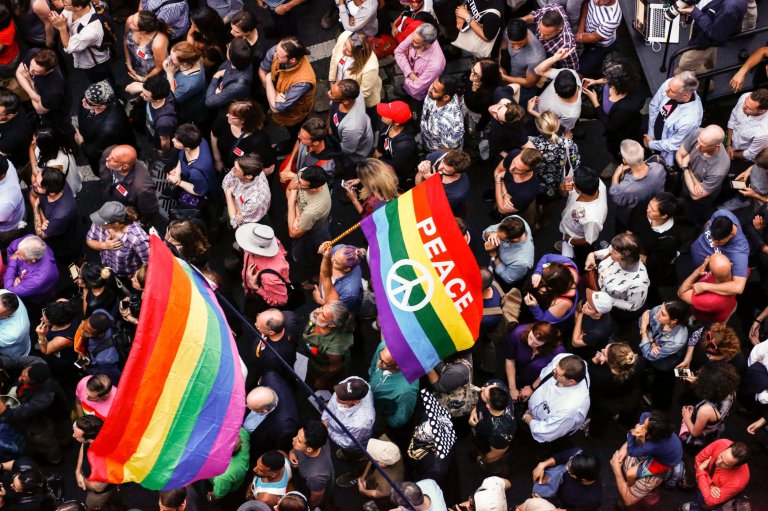 People gather at a vigil in solidarity for the victims killed at Pulse nightclub in Orlando in New York on June 13, 2016. The American gunman who launched a murderous assault on a gay nightclub in Orlando was radicalized by Islamist propaganda, officials said Monday, as they grappled with the worst terror attack on US soil since 9/11. / AFP PHOTO / KENA BETANCURKENA BETANCUR/AFP/Getty Images